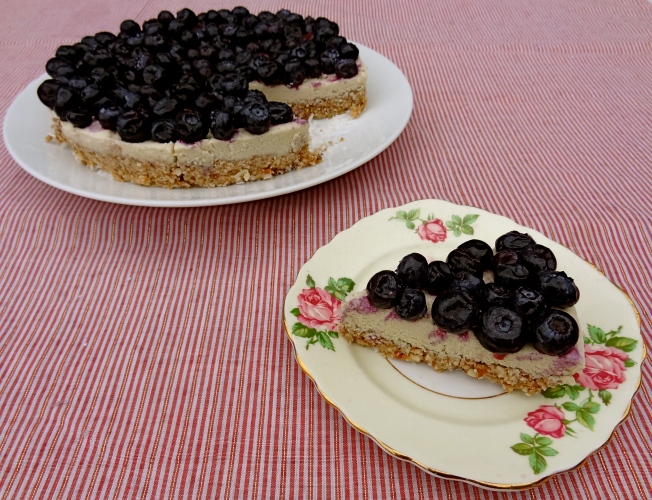 To commemorate World Vegan Day, which marks the start of World Vegan Month, I thought that I’d celebrate by paying homage to the traditional German ritual of devouring cake most afternoons, usually at 1600 hours on the dot. In café’s and Bäckereien up and down the Vaterland, whether in a sleepy country village after a hike in the hills (with hiking poles, naturally) or street-side in the leafy green city of Berlin, people are honoring this tradition of “Kaffee und Kuchen” by eating cake.  Lots of cake.

Now that I’m back in New Zealand, I really appreciate these German niceties. New Zealand has an exceptional “café culture”, with more cafés than is actually necessary, but our rituals are not as defined as in Germany. I like to hold on to these traditions in my home country in a determined effort to feel closer to the Northern climes. Other European rituals I practice include drinking freezing vodka, listening to techno at any given opportunity and recycling with fervent intensity.

I’ve been lucky enough to have been exposed to some pretty damn good cafés in my time and my recent trip to Europe was most inspiring. There is a real movement towards eating healthier and more holistically. Naturally, the progression towards raw and vegan food was well noted, as organic shops, super markets, café’s and restaurants are offering more raw and vegan options. For more information on the benefits of eating raw, have a squizz at my recipe for Sprouted Quinoa, Pistachio and Pomegranate Salad.

A wonderful café that I’ve had the privilege of working at is Goodies on Warschauer Straße in Friedrichain, Berlin. The food is amazingly innovative and the café is run like a well-oiled German ship. The raw + vegan cakes are absolute works of art and taste exceptional. Similarly with this Lemon and Blueberry “Cheesecake”, the main ingredient in a raw + vegan cake is nuts, predominantly cashews for the “cheese” mixture. The cashews give a super creamy texture and taste, without being high in saturated fat like your average cheesecake. Cashews have a lower fat content than other nuts and comprise of about 75% unsaturated fat acids. A good proportion of this is oleic acid, which promotes cardiovascular health. So you can “have your cake and eat it too” as the old saying goes.

This cake is an ode to those Goodies raw + vegan cakes and those honorary Germans eating cake pünktlich in the afternoon all over the world.

1/2 a cup of pitted Medjool dates

1/4 of a cup of thread coconut

The zest and juice of three lemons

2 cups of blueberries (preferably fresh but can be frozen)

In a bowl, soak the cashews overnight or for a minimum 0f 4 hours.  In another bowl, repeat with the other nuts of your choosing. Rinse well, drain and set aside.

In a food processor, pulse the nuts of your choice with the pitted dates until a crumb-like consistency is reached. Sprinkle thread coconut into a decent sized, round pan. Press the nut mixture onto the coconut, ensuring the base is flat and even.

Place the cashews, agave, coconut oil, lemon zest and lemon juice, vanilla and water in the food processor and puree until smooth.

Pour the mixture onto the crust and freeze for a couple of hours or until firm. Remove from the freezer and place the blueberries on top of the cake. Slice whilst frozen and transfer to a serving platter. Defrost for about an hour and serve to amazed friends who won’t believe it’s raw and vegan.